Adelaide Paediatric Dentistry is a practice specialising in dentistry for infants, children, adolescents and those with special needs.

We are committed in providing comprehensive oral care in all aspects of paediatric dentistry including management of complex dental conditions, dental treatment for those with medical conditions and special needs, dental trauma, oral surgery, dental caries and children and adolescents who are anxious about dentistry.

We are committed to providing the very best of specialised care for your child or children in a caring, trusting and enjoyable environment.

We take pride in delivering an exceptionally high standard of dental care for each and every child from the first moment you make contact with us and throughout your time with us.

We aim to provide a level of care that will allow your child or children to have the most successful future path of oral health. 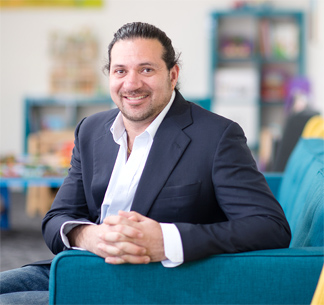 Sam was born in Broken Hill, New South Wales and moved to Adelaide in 1979. He attended Prince Alfred College and represented the school in both the 1stVIII rowing crew and 1stXI hockey team.

Sam graduated from the University of Adelaide in 1997 and completed his specialist training in Paediatric Dentistry at the University of Sydney in 2001. During this time he was based at the Children’s Hospital at Westmead, Westmead, Hospital, Sydney Dental Hospital and Randwick Children’s Hospital. In 2000 he was awarded the Australian and New Zealand Society of Paediatric Dentistry Colgate research prize. In 2001 Sam completed his Fellowship with the Royal Australasian College of Dental Surgeons.

Sam has published numerous articles and a chapter in textbook, Clinical Cases in Paediatric Dentistry, has lectured widely and has been awarded several research grants. He has particular interest in the management of medically compromised children, multidisciplinary management of oncology patients, paediatric oral surgery and oral medicine, and children with cleft lip and palate children and craniofacial conditions, but overall he has enormous passion for providing the best possible care for all children.

Sam enjoys all aspects of paediatric dentistry and has a philosophy of providing comprehensive oral care for all children.

Outside dentistry, Sam enjoys spending time with his family, including his two children, travelling and gardening. 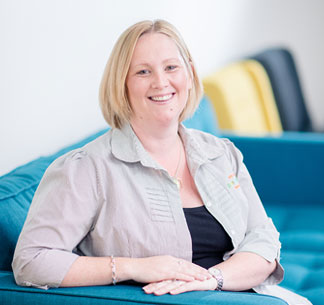 Emma was born in Kingston, in the South East. She has been working with Sam since 2003. During that time she has had three boys which keeps her busy outside work. She enjoys all aspects of Paediatric Dentistry. Outside working, she enjoys spending time with her family and gardening. She has extensive experience in dentistry. 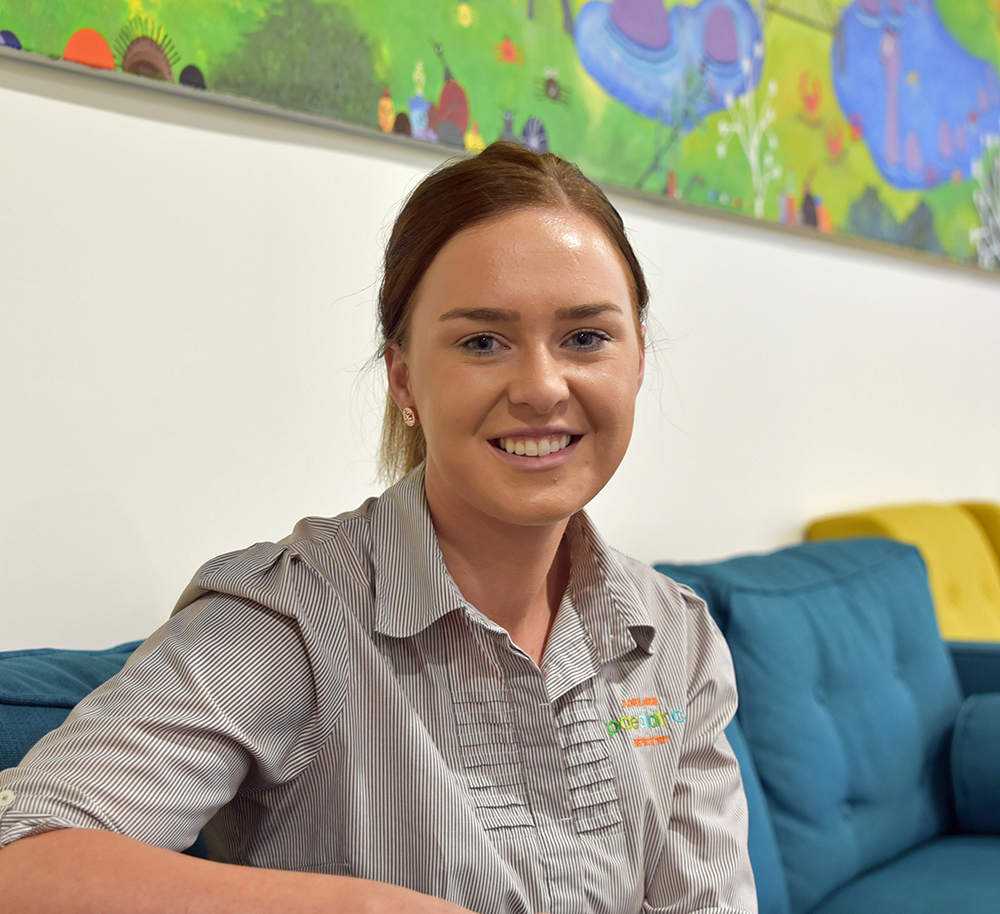 Cindy grew up on the family farm in the states south east. She completed her education as a boarder at Annesley College. Cindy has 8 years experience in the dental industry. She started at Adelaide Paediatric Dentistry late 2015 as she wanted to combine her two passions, dentistry and working with children.

Prior to this she worked at a busy general practice in the hills, learning all aspects of general dentistry. Outside of work, Cindy loves camping, baking and visiting friends and family. 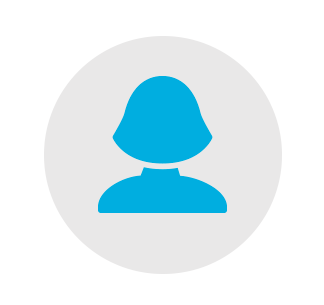 Natalie was born in Deniliquin, New South Wales, and attended school at Bendigo Senior Secondary College. She completed her Dental Assisting training in Bendigo and moved to Broken Hill, New South Wales in 2017 where she worked as a Dental Assistant in public and private, as well as with the Royal Flying Doctor service. She enjoyed her time in the outback, but decided a sea change was needed and moved to Adelaide and started working with Adelaide Paediatric Dentistry.

She enjoys all aspects of dentistry and especially working with children. Outside working at Adelaide Paediatric Dentistry, she enjoys playing Australian Rules Football, exercising and going to the beach.

Paige has recently started her dental traineeship and is working at Adelaide Paediatric Dentistry. She attended Trinity College and completed year 12 in 2018. She is enthusiastic about dentistry and has an incredible passion for children.